All trading post mod components had an update today. But first of all, let me thank you for the great support, comments and improvement suggestions for this mod. It seems like it has been well-received by the YO community. Since the first public release of the first tradepost mod, almost 100,000 trades were processed and roughly 800 transactions are completed every day in average. Amongst all servers, currency worth 79,400 gold coins was distributed to characters in exchange for 1.83 million items. At the same time, 4.6 million items were sold to characters in exchange for about 9,500 gold coins.

Todays update has already been tested by a small number of servers for several weeks (thank you!). It adds ability to trade regional items, displays multiple offers of the same item in collapsable groups and makes the Server Market list editable. A number of visual enhancements and bugfixes come along the way. Scroll down to read the full changelog.

I set up a soft transition process to avoid interrupting the trading post availability on servers. A notification message was added to the old Tradepost UI informing everyone about the update and the deadline, which will be Sunday, 3rd February. This gives you almost two weeks time to schedule the mod update alongside your regular server reboot or maintenance. After February 3rd, the Tradepost UI will be accessible from the updated mod version only. Note that the only mandatory update is the server-side mod. I’ve made visual and quality-of-live improvements on the client-mod, but there’s nothing important to the function. The old client mod will still continue to work after this date.

END_OF_DOCUMENT_TOKEN_TO_BE_REPLACED

I’m happy to announce a new LiF:YO Livemap update that is stuffed with new cool features and enhancements.

The new outposts were incorporated into the Livemap and can be displayed as icons on the map. Outpost type and owner is visible in the tooltip. “View outposts” is a new permission that is assignable to groups and is activated by default. If you don’t want to display outposts on the map, you can take away this permission from the visitor group any time.

Same as outposts and with their own permission flag comes the trading post icon. This can be useful on servers using the tradeposts mod, so players can see which claim has a trading post set up that might be worth visiting.

The new outposts have added some restrictions to where new guild monuments and outposts can be placed. The claim planner tool was updated and split in two modes: Outpost placing mode and monument placing mode, both respecting their restrictions towards minimum distances to other claims and outposts. The circle will change color and let you know in case you can’t build here. Take a look at the screenshots to get a better idea of it.

END_OF_DOCUMENT_TOKEN_TO_BE_REPLACED

With todays FeudalTools minor update 1.9.3 all problems with the new LiF:YO patch that dropped two days ago are (hopefully) fixed. The DB Maintenance and Map Refresh tool are back in action and the Tradepost Mod was updated to work with the new YO version. Luckily, a client mod update is not required. It’s a pure server-side fix. So please download the updated server-mod from the FeudalTools Server Manager and restart your server.

In case any further issues occour, please don’t hesistate to let me know in forums or any other channel. Preferably with detailed information about the problem.

The Livemap problems with the new outposts breaking some guild detail information and tooltip visuals are still being worked on.
Update: The Livemap was hotfixed. It won’t dipsplay outposts as guild claims and item distribution through Char. Management works. I will incorporate options to display outposts in the next Livemap update. 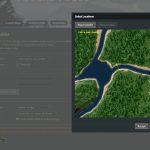 Since the introducton of Custom Maps that include rivers, people have asked for bridges.

The new Bridge Builder tool constructs perfectly aligned bridges from existing game assets, such as platforms and pillars. Choose two locations from the game map or enter two GeoIDs and have it construct a bridge between them. It can also create an admin land around it to protect the bridge from offending players.

This new tradepost mod is one of the more ambitious projects and I’ve been working on it for quite a while. Now that it’s done, you can finally put the decorative buildings to some good use and turn them into actual working tradeposts. END_OF_DOCUMENT_TOKEN_TO_BE_REPLACED

This version adds many new TorqueScript functions for mod development, most of which I needed myself while making an all-new mod for LiF:YO. So consider it the groundwork for the things yet to come. It’s mainly new callbacks and a new position trigger framework. The documentation page was updated accordingly.

This update also fixes the lag/sync issue cause by roads caching described here. This part was completely removed from TTmod and is now handled by the Livemap itself. 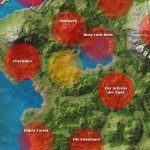 END_OF_DOCUMENT_TOKEN_TO_BE_REPLACED

Time to update the Livemap with a few new goodies!

The Character Management page can now display each charaters inventory and equipment in a dialog window. The lists work as tree-views, where nested containers can be expanded to show their contents. It should be pretty straightforward: If you see a yellowish highlighted container, click on it to expand. 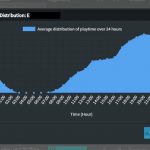 Please note that this is NOT the accurate data of the last 24 hours. It’s a calculation (average) of all data available.

END_OF_DOCUMENT_TOKEN_TO_BE_REPLACED

Happy Anniversary, FeudalTools! The website launched exactly one year ago in version 1.0.0 as a closed beta with about a dozen users testing it and deploying custom maps to their LiF:YO servers. One week later, closed beta ended and the gates opened for the general public.

Since then, over 3,100 different Steam users have signed in, about 1,300 gameservers servers were added to the Server Manager and almost 10,000 jobs were processed by the backend.

I get many questions and messages about FeudalTools and Livemaps, all spread across email, social media and the comment section here. Often times it’s quite repetitive, so I decided to set up a small forum to have all Q&A, issues and discussion about FeudalTools, Livemaps and YO servers in one place and (hopefully) build up some kind of knowledge base over time.

*Update 2018-03-19*
There was a problem with some email providers (yahoo, gmail) not receiving activation mails. This is fixed now and all accounts have been activated manually.