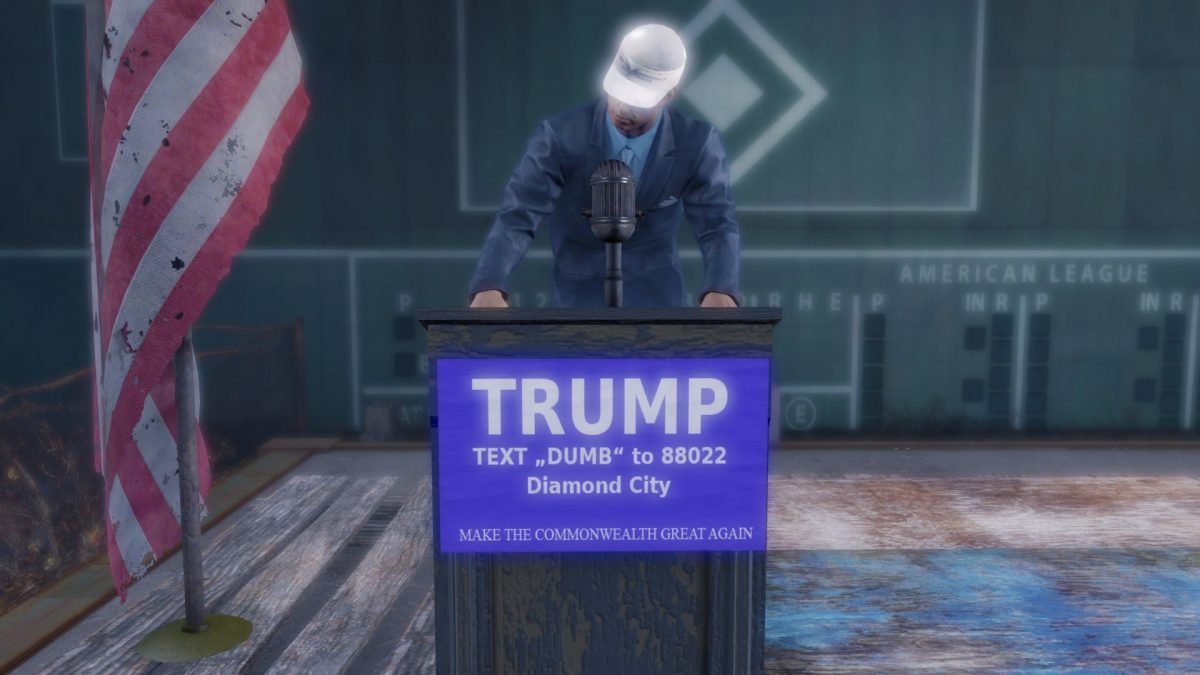 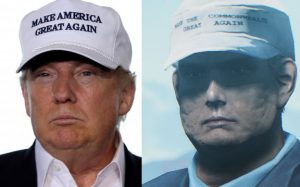 Certainly, this is the mod you’ve waited for all your life. The Donald Trump Companion & Quest mod adds a fully voiced and recruitable Donald Trump NPC to your game, making Fallout 4 finally great again.

Meet The Donald in Diamond City during one of his infamous rallies and help him to sort out a serious problem. Once the job is done, recruit him as a follower and travel the Commonwealth with the one and only living meme being your right-hand. Have him grab Curies breasts and touch Pipers genitals while you build a huge wall around your settlements to keep out all these Ghouls and Raiders that destroy your economy.

Requirements: None (Fallout 4 base game)

Compatibility: There are no known conflicts by now. Mods that change Goodneighbor or Diamond City can however mess up NPC positions and behavior during the initial quest.

Extract the contents of the downloaded file to the Data subdirectory of your Fallout 4 installation. Don’t forget to activate the mod in the plugins.txt or your favourite mod manager.

For a full general guide on how to install Fallout 4 mods, read this.

Q: The face really doesn’t look like Trump!
A: Yeah, I’m bad when it comes to actual design. The more time I spent in the looks menu, the more awkward it looked. I guess I gave up at some point. If you’re capable of making a better face, I’ll be forever thankful if you send me the save and I’ll be implementing it.

Q: Does he have an affinity system and can you romance him?
A: Since version 1.2 he’s got a basic 5-stage affinity system that will award the player a unique perk once the highest affinity level was reached. Romance has not been implemented yet.

Q: Is he overpowered, underpowered or is there anything special about the NPC?
A: No. His stats aren’t much different from other NPCs. If you give him proper armor he’s as good (or bad) as any other companion in the vanilla game.

Q: When I attack the Hillary NPC, whole Goodneighbour turns hostile. Is there a way to complete the quest without that happening?
A: You just tried to kill a presidential candidate. What did you expect? Choose one of the peaceful options (since v1.1) or try finding a spot where you can shoot from the [HIDDEN] state.

Q: Why isn’t this mod available on The Nexus?
A: It was, for a total of about three hours. Then it was deleted by a moderator. It’s obviously not welcome there and their decision should be respected. Please don’t repost it unless you’re keen on getting banned.

Q: Is this mod available on consoles? Will it ever be ported?
A: No, and no. The only way to make it available to consoles is through Bethesda.net. Unfortunately, this mod conflicts with multiple rules of their site, making it impossible to distribute it there.

Q: Are you a fan of Trump and did you vote for him?
A: I don’t endorse nor oppose Trump. I found the whole presidential race utterly hilarious and felt that I have to make a parody on it. As I don’t live in the U.S., I didn’t vote for anyone.

Q: Future plans?
A: Not at this time. Taking a break from FO4 modding and will look at it again when Fallout VR releases.

This work is interactive parody. Due to the nature of this mod, it may include audio assets copyrighted by another person or entity. I don’t calim copyright to said assets. All use is made under the Fair Use doctrine in section 107 of the US Copyright Law.