Yesterday, TerraTool was updated to a new point release, which brings some brand new features and a visual overhaul. 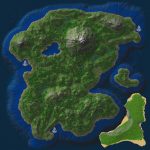 Custom Maps are a cool addition to the game, but they require a full server wipe. Server wipes are bad, we know that. Players hate losing all their progress and server owners usually don’t wipe their servers unless they really have to, for whatever reason. If you’re running an established server with the original map and you’re struggling and hesistating because of the ‘wipe-situation’, maybe this new feature helps with your decision.

The Map Generator was extended in a way that allows for adding new terrain to an existing server with the original map, instead of just creating a new map from scratch. This way, even servers with the original map can benefit from the Map Generator eventually, offer some new content to their players and avoid a wipe. In contrast to Custom Maps, the process is not very invasive, as it is a pure full-automated database patch with no manual steps or terrain files required. Just shut down server, apply the patch, start server, done. 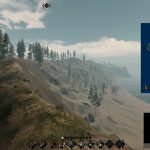 As for the terrain being added to the map, I’ve designed an island and placed it in the south-eastern corner of the map, as it has the most unused space. Over, at Teleon´s server, we’ve already applied the patch with no issues found so far.

Please note that this feature is still experimental. Only people with VIP or Supporter accounts can see and use it in the 1-2 weeks testing stage. We need to be very careful here, since failed jobs or bugs will most likely corrupt the game database and I don’t want to be the person responsible for an unplanned wipe of your server. So always take a full backup before you apply a map patch! 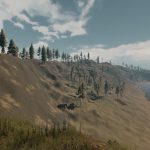 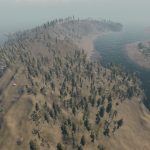 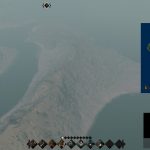 Two of the yet disabled customization options for map deployments have been unlocked and were implemented in the map generator: Amount of clay spots and map altitude.

So what will the altitude do exactly? It will scale the entire map based on the highest elevation. Let me try to demonstrate it using the example of the Himalaya map. These are the results of both of the extremes at 150.0 and 350.0 meters max. altitude.

As you can see, this affects the elevation of the entire map. This should give everyone some space for diversity. It’s a nice option to play around with. 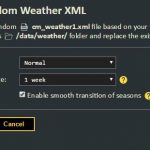 As most of the server owners know, the weather schedule of every server is defined in the cm_weather1.xml file and allows for customization. The default schedule is well known to the experienced players, who can use that knowledge to plan their crops growth accordingly. This might be nice for powerplayers, but is very unrealistic. But even if you want to change it, it’s somewhat effortful to go through all of the 365 days one by one and making sure to keep the balance. Doing that every in-game year for maximum realism is usually more effort than the server admins want to put in. Well, now you can just go to TerraTool (new Tools & Scripts page) and acquire a unique, randomly generated cm_weather1.xml in a couple of seconds. Some preferences even allow for some customization, such as changing the duration of the Winter season.

This is it for now. You can find the full changelog here. Thanks a lot to everyone who found and reported issues/bugs or submitted a donation so far. Future updates will enable customization of ore distribution and allow for uploading and usage of own heightmaps, but I’ll have to rewrite a big chunk of the map generator for that. So this will definitely take “a few days”. Stay tuned.