Server statistics were moved to a separate page and were extended a little bit. You can now track the count of all tree types individually and identify shortcomings or overpopulations of a certain type. I’ve also added a graph for accounts in addition to the character count and added two more timescales: quarter and half year

Although the look has changed a little, the rest of the server manager works pretty much like before. 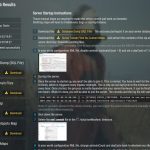 The whole handling of jobs were pretty much redone from scratch. As a result, crashed jobs will let you know that they crashed instantly, instead of hanging for multiple hours until their status finally updates. You can also view the result page of failed or canceled jobs and download the logfile. The logfile usually has some indication of what went wrong and hopefully helps one or another to solve the issue. 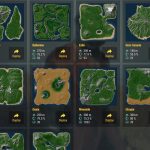 The map listings were reworked to a more or less compact style. The whole “like” (thumbs up) function was removed from the community map list. It had to go since sorting maps by likes or deployment count was pretty much always the same order, so that didn’t make much sense to migrate that system into the new design.

The boring map category selection page got a fancy slideshow, which is a mix of the two most popular maps of both official and community map lists, the two newest maps uploaded/shared, as well as two random picks.

Ever wanted a UI that lets you edit a tile, a bunch of tiles or multiple bunches of tiles all at once? Well, now you can. 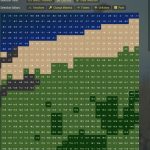 The new Terrain Editor tool loads a chunk of the map from the database and then projects it into a 2D grid. You can zoom and select tile cells much like in Excel. Selected cells can then be edited with one of the available tools:

All the individual edits are queued up in a list. They can be highlighted or deleted at any time. When you are done editing, start the job and the backend will process it as a usual job. 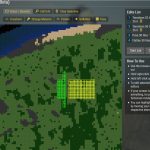 You CAN add new clay pits, but since it’s a 2D projection, you can not currently edit any underground resources or spawn ore. At this point the editor is meant to do surface edits only. Usage examples would include preparing areas for an event or a GM city without the need of spending days and hours shoveling. It may also come in handy for building land bridges, fix map seam issues or make small corrections to an own custom map after installation.

With the latest LiF:YO updates, regional items and especially region ore has gained importance. On some custom maps though, it can be tricky to find ore of a certain region because there are not enough mountains in these original regions. Now you can just change the regions to whatever you want.

According to statistics, the Bridge Builder is recently the most used tool. I am happy to say that I finally found a way to programatically build something that looks like a stone arch bridge, using a massive amount of stone steps.

Please be careful about the length and height. Keep it to a minimum if you can. Thousands of objects loading in to a players viewport can severely degrade client performance and hurt FPS. 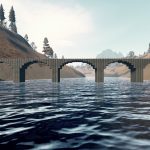 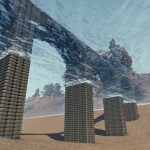 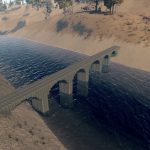 This update has so many more small changes and I hope I haven’t missed anything important. As usual, full details are listed in the changelog.